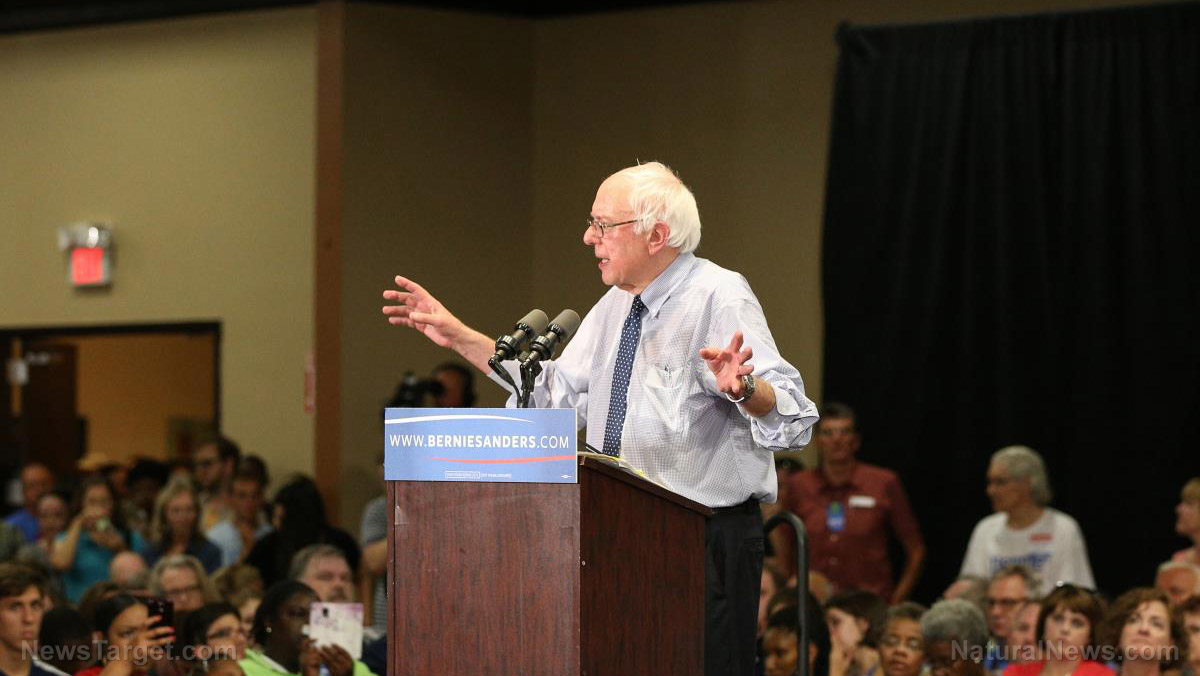 Earlier this week, the Project Veritas investigative journalism team released the first in a series of undercover videos with Jurek threatening the death and destruction of anyone who did not march in line with Bernie's communist manifesto of a campaign.

He predicted that "f ** king cities will burn" if President Trump is re-elected, and suggested that Trump supporters and established Democrats, including Senator Elizabeth Warren, line up against a wall and shoot, if not take them to "gulags" for "reeducation."

A day later, Project Veritas released an undercover follow-up video with more of the same from Jurek (and, by the way, Sanders was not asked a question about this idiotic revolutionary aspirant during Tuesday's Democratic debate in Des Moines, Iowa) figure, because if someone from the Trump campaign said this kind of thing, it would be front page news across the country until November).

A change: Jurek repeatedly refers to "climate change," the socialist deception to convince everyone to abandon modernity and give all their freedoms to master central planners so they can "save the planet."

"As if we were here to preserve the planet, to preserve people. We don't want f ** king to have to like to eliminate people, right? But if people are going to try to fight the revolution, like when you hear about atrocities committed for, like in Cuba, like Fidel and Che, like killing people, like those people who were actively like, were like anti-revolution, they were fighting the revolution, "he says, sounding like a slightly more militant version of, like, the representative Alexander Ocasio-Cortez.

“As anywhere, as if you were at war and meeting people who were fighting against you, what did they do to those people? Right? The same is true in a revolution. Right? As if you couldn't stand the people who actively work against your damn revolution, "he continued. (Related: The Bernie campaign employee who threatened to kill political opponents and burn cities is targeting his own leftist base.)

"As if you could give them a choice like hey, you can join the revolution, you can't be a smuggler, you can sit down doing nothing and allow it to happen, but if you're going to take up arms against the revolution, then you should expect a violent response Right? As if it were f ** king natural …

This guy is really crazy.

Jurek goes on to say that we are supposedly at a point in our history and human evolution where "we are fighting for our survival" not only for "the human race" but also for "the survival of living creatures on planet Earth."

He states that "some people will not stop at anything" to also achieve the status of "savior of the Earth."

"And that's where we are. Unfortunately, this is how there are very few, there are probably no other points in human history, in recorded human history where the bets were as high as at the moment," Jurek says in the video.

This is crazy. Madness not mitigated. And again, it is revealing that he gravitated the Sanders campaign, not President Trump or any of the other Marxist socialists who run for the Democratic presidential nomination.

Okay, Jurek is in the minority, but it's hard to know how many more there are in the country like him. If there are 1 million of them, for example, imagine the damage they are willing to do.